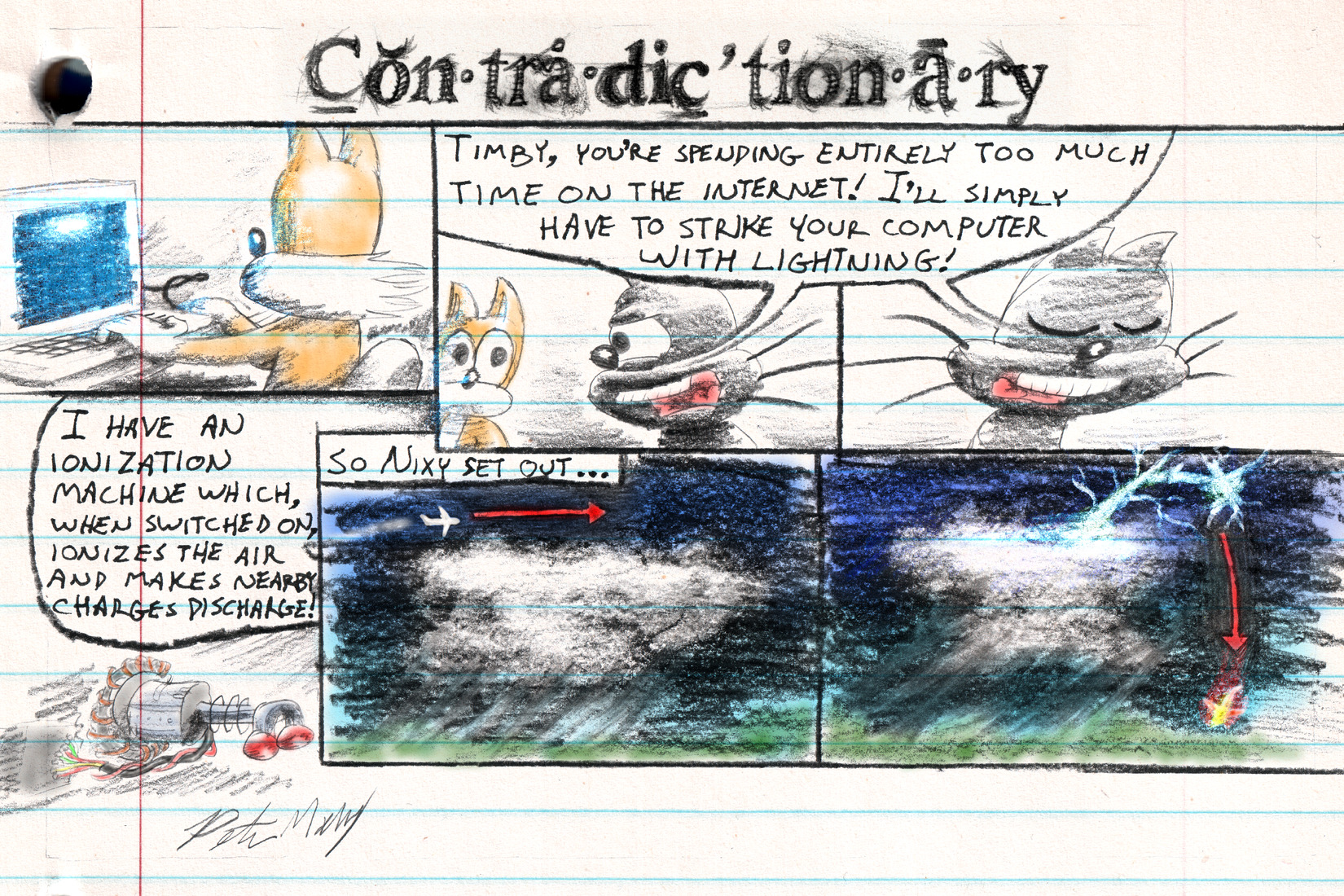 Timby had a good life. He had all the comforts of a luxurious 21st century home at his fingertips, and he need not even share them with Nixy. He could systematically and passively aggressively annoy Nixy with no effort but that put forth in his own enjoyment, and when Nixy would be provoked to action, he would often be foiled in the execution of his own plans without Timby lifting a finger. It even provided amusement to accompany Timby's leisurely pursuits.