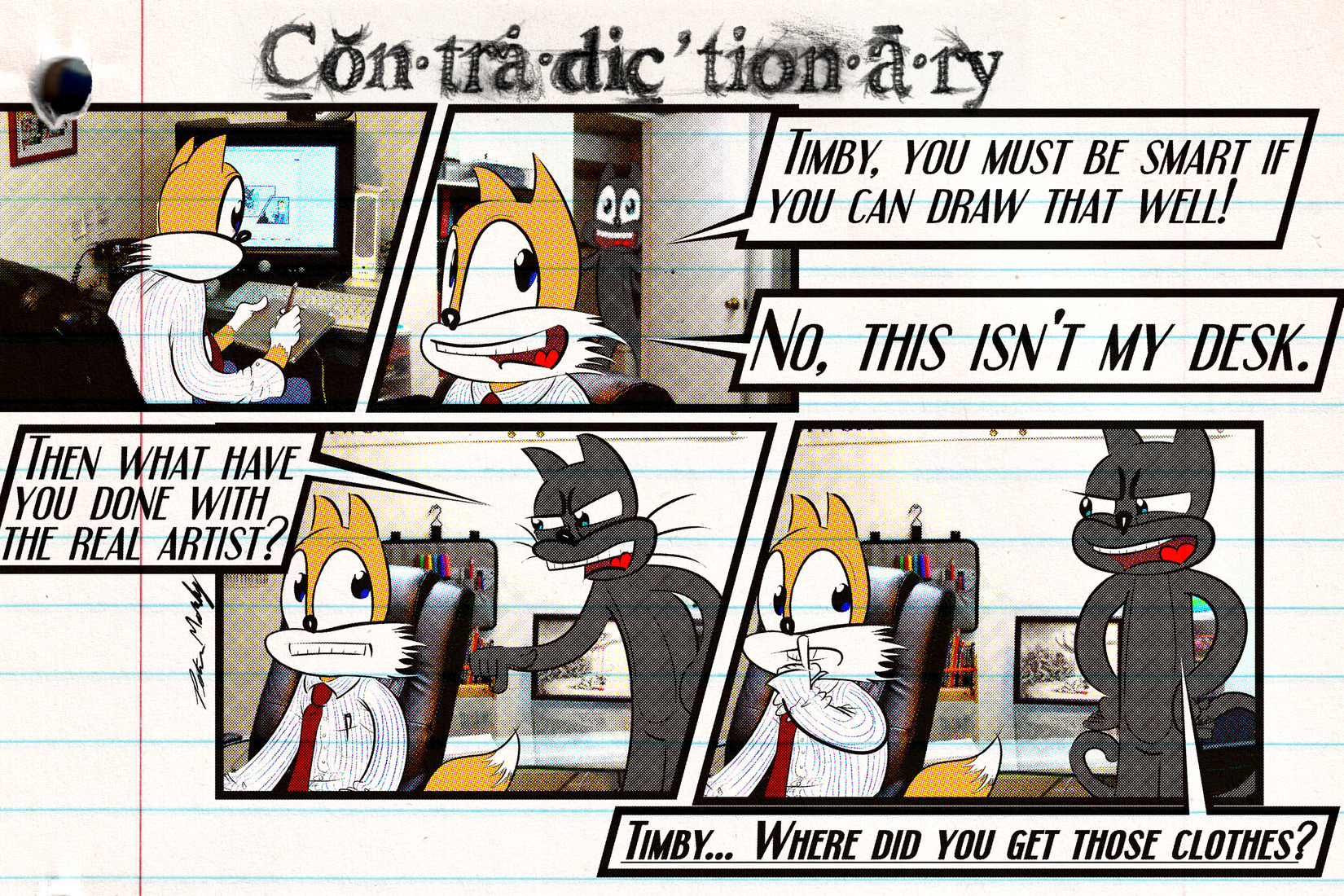 Timby was nowhere to be seen at his usual haunts – in the garden sniffing the bark, in the kitchen making a mess, or in the attic rearranging the dinosaur mannequins. Nixy was a tad worried.

By this time he had searched the entire house and was in a state of panic wandering the streets. Just then it hit him:

The local office building! Timby had never been there before in his life, but it just made so much sense that Nixy went to it straightaway.