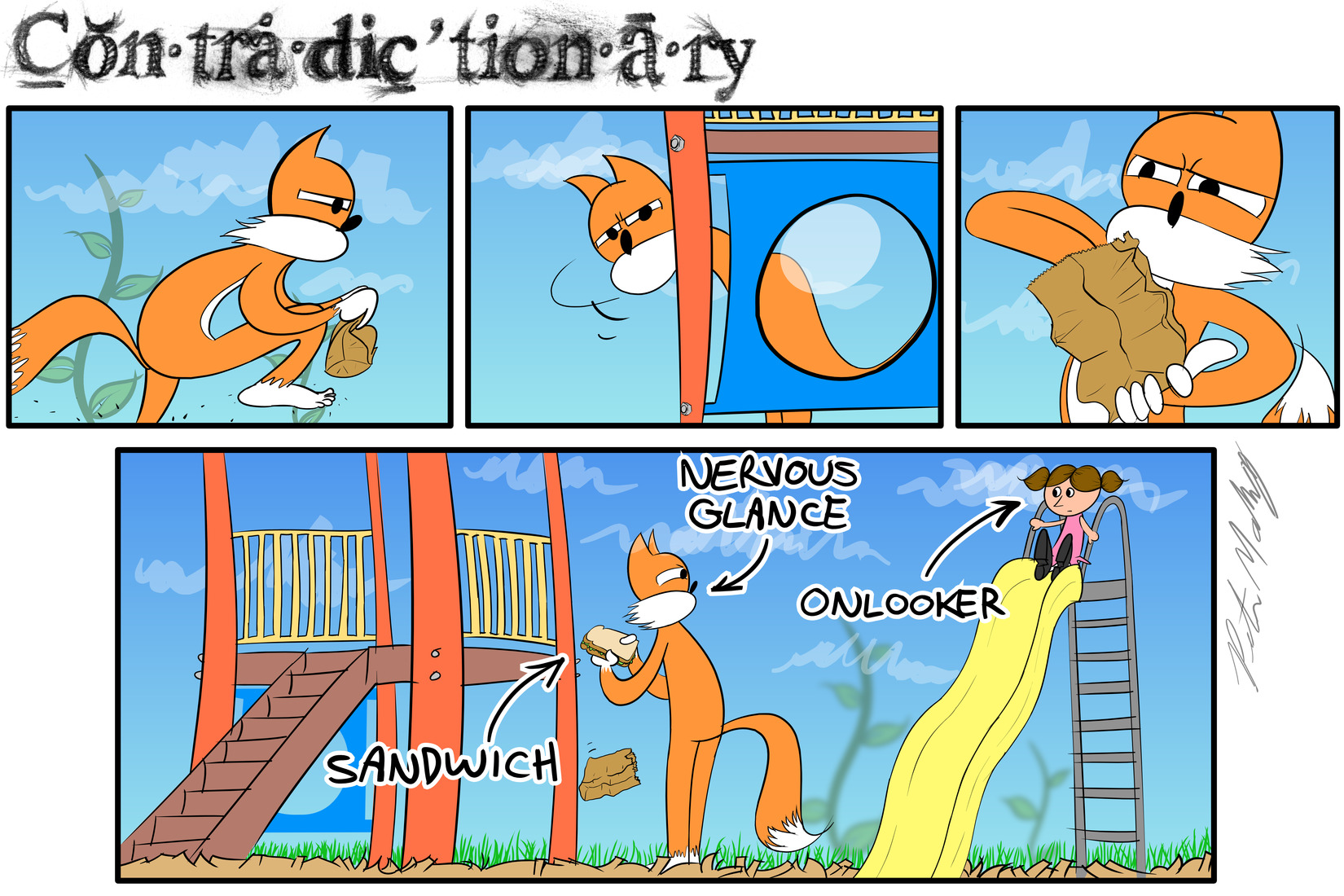 This was inspired by one of the more popular sketches I did at the Buckeye Comic Con. I cannot honestly say from where the idea came at the time, but it was an instant hit. All I can say is, when you are being forced to draw one picture for every person that walks by at a convention, and when you have adoring critics flanking you and shouting, “More variety! More variety!" you find new creative inspiration. 😉

There are some people who seek solitude in parks or on playgrounds for illicit reasons. But Timby's reasons for desiring privacy on this breezy autumn afternoon, of which I am sad to report he was deprived, are much more relatable. He wanted to eat his sandwich.

Anyone who has experienced the desire to escape the pesky probing of their inadvertent lunch buddies innocently but inevitably asking, “What kind of sandwich is that?" “Do you have a quarter?" “Let's trade lunches!" and many similar questions will know the sheer panic that filled Timby at the thought of eating his sandwich anywhere that it might fall under the gaze of prying eyes.