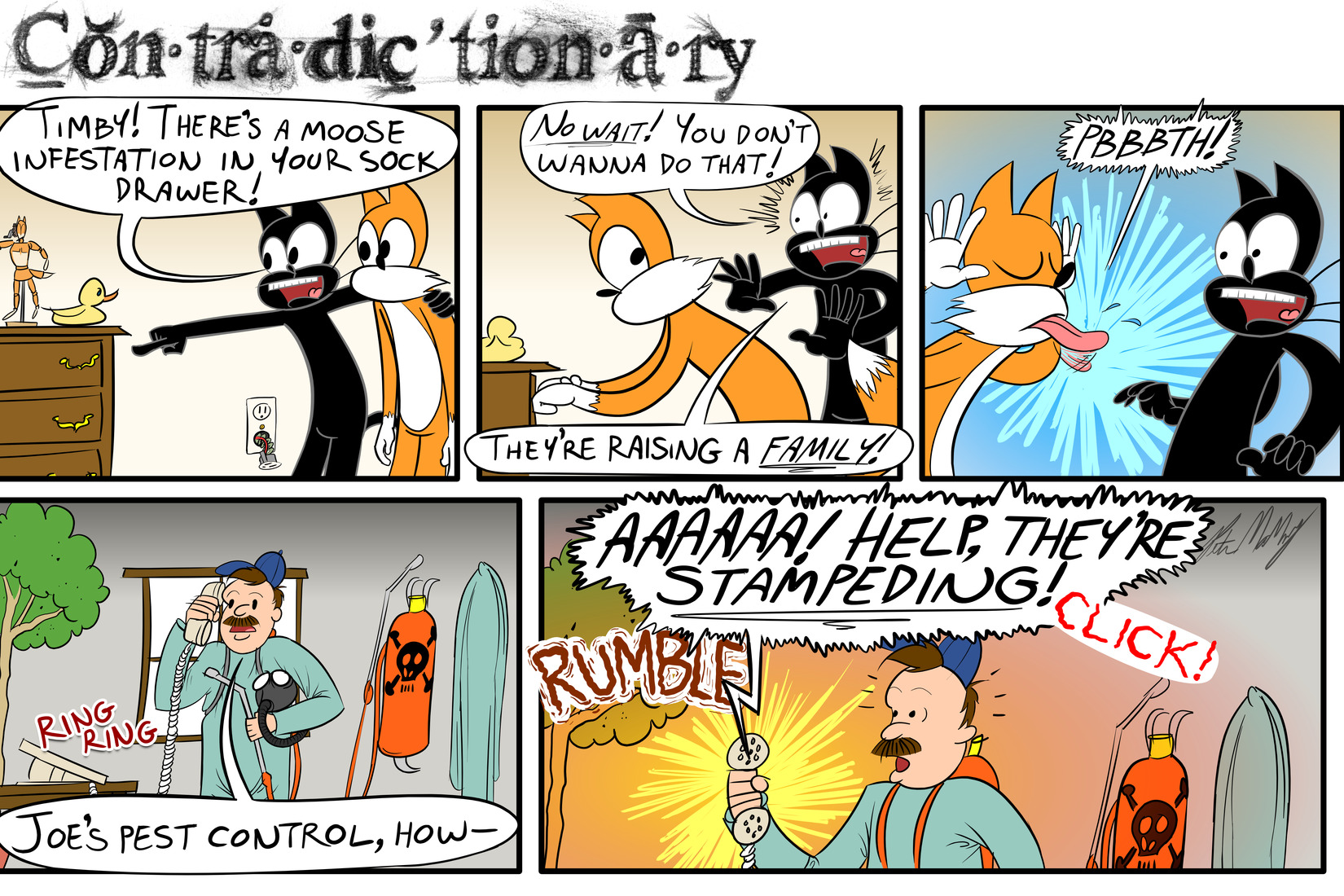 It is reasonable to infer from remote incidents in Timby & Nixy's history together that Timby's incredulity was based more in experience, e.g. the time Nixy got Timby to ride horseback through a den of buttered chickens. Timby has learned that when Nixy posits a challenging scenario, it might be a dishonest bid to distract Timby from his well-guarded role as the most insane character present.

Or perhaps it is possible that we're wrong about all that, and Timby was simply eager to withhold mercy from a bunch of moose that he presumed much more mellow than they actually were.

“Timby! There's a moose infestation in your sock drawer!

“No wait! You don't wanna do that! They're raising a family!“