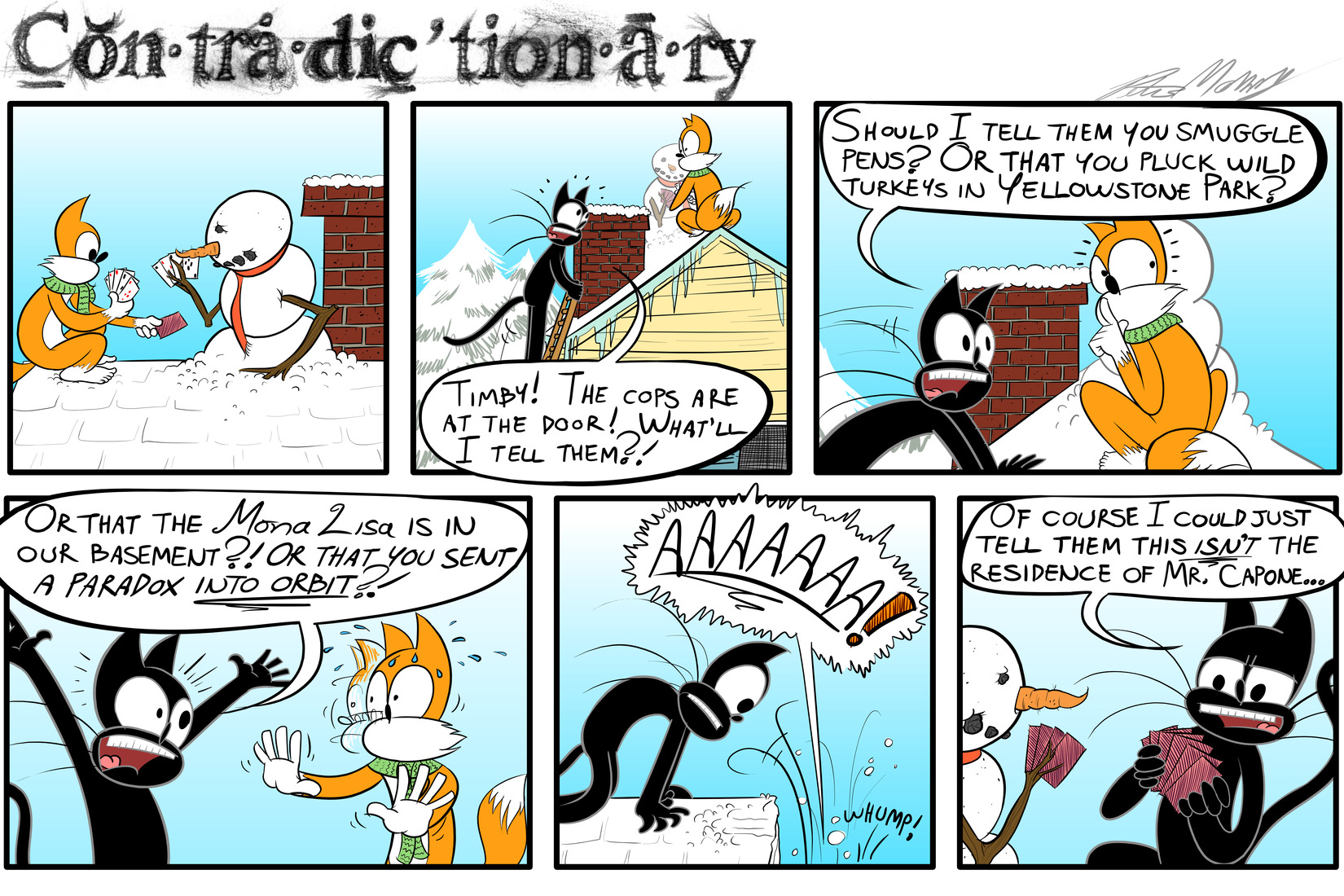 No one seems to make comment on Timby's choice of topside recreation or his snowy company. No one should make comment. In fact it is generally understood to be a bad omen if one yields to the urge even to wonder, and according to the superstition it may only be negated with a hearty bucketful of water on the head.

As for Timby's predicament, the volume of unsavory activity is undetermined. With certainty let us point out that the savoriness of his card game choice is eclipsed by much larger doubts. But happily for those who would think better of Timby, it may be that the entire situation is artificial and of Nixy's design – not just his suggested report to the police, but perhaps the very presence of police at the door.

After all, if there were really police at the door they would've heard Timby & Nixy carrying on on the roof. What a far-fetched idea that is! 😉

“Timby! The cops are at the door! What'll I tell them?!

“Should I tell them you smuggle pens? Or that you pluck wild turkeys in Yellowstone Park?

“Or that the Mona Lisa is in our basement?! Or that you sent a paradox into orbit?!“

“Of course I could just tell them this isn't the residence of Mr. Capone..."