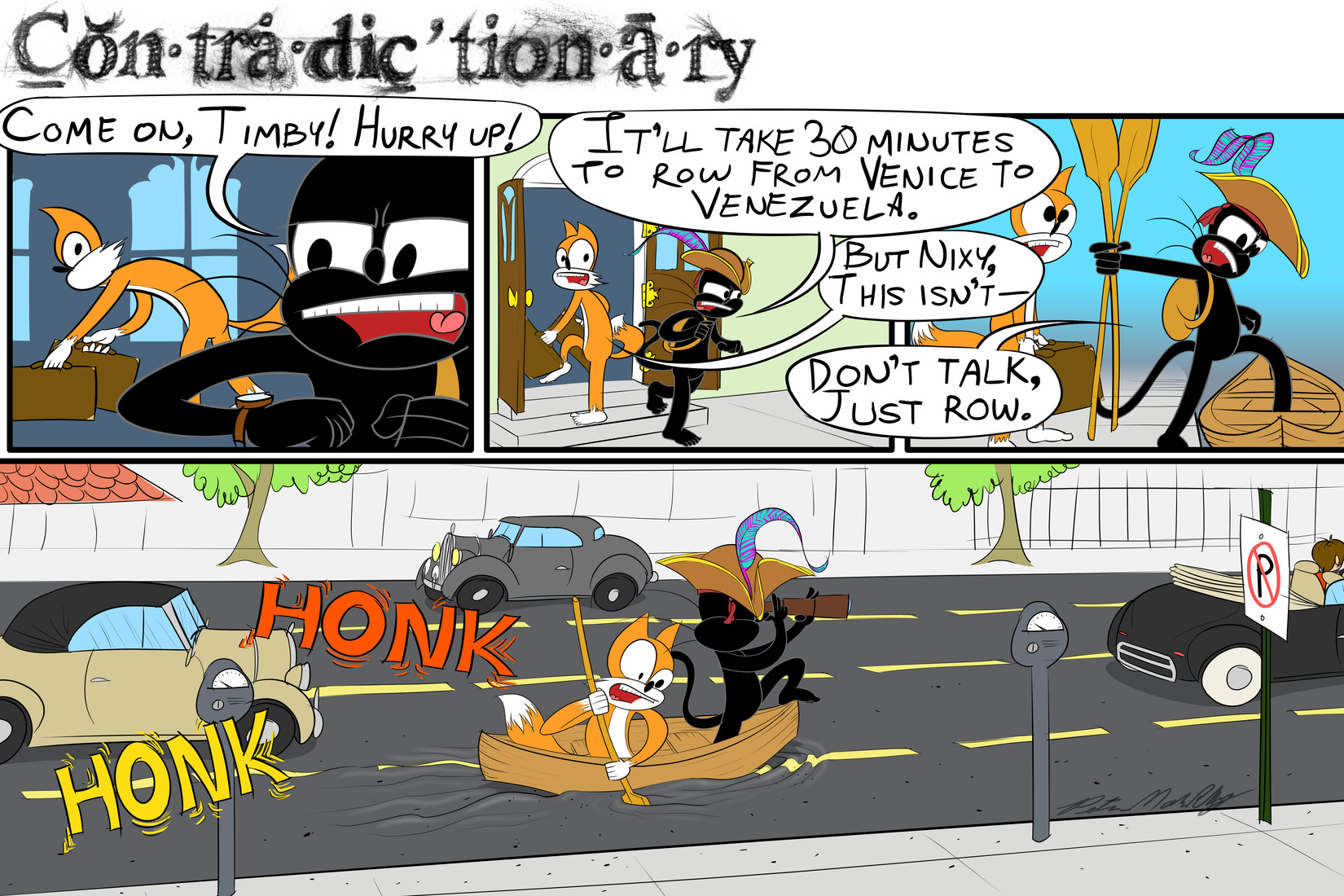 There is a measurable though little-known phenomenon on the subject of general relativity, whereby a clock that travels faster drifts behind one that travels slower, to a degree that's very slight but proportional to the difference in speed. That is to say, of course, that some strange and unintuitive results may be acquired in the measurement or perception of time when you begin to deal with very high speeds.

It is unclear from the feverish notes in Nixy's journal whether he means that they will perceive the passage of only 30 minutes on their way to the Caribbean Sea, or whether the world around them will advance by only 30 minutes, especially since the sketchy details he provided are lost among extensive documentation on the flora & fauna of Venice, and on how they differ from what he expected. But judging from the nature of the small portion of their journey recorded here, they may not have even planned to follow the curvature of the earth.

“It'll take 30 minutes to row from Venice to Venezuala."